“When I hiked the Inca trail all the porters were men.  I would gladly of hired a woman had that been an option at the time, I think this is a fantastic step forward for the women of Peru!”   –

Article from National Geographic
BY RACHEL BROWN
PHOTOGRAPHS BY JEFF HEIMSATH
This story is part of Women of Impact, a National Geographic project centered around women breaking barriers in their fields, changing their communities, and inspiring action.
Hefting packs that weigh about 33 pounds, female porters hike a trail in the Peruvian Andes. Evolution Treks Peru is the only travel agency to employ women porters on the Inca Trail.
The Andes Mountains are breathtaking: the iconic history, the rugged alpine vistas, the air thinner than a whisper. It’s a landscape that demands you work to earn its beauty. And on Peru’s Inca Trail, porters do the lion’s share of the work.

Though some peaks in the Andes reach four miles above sea level, the range’s average is about a mile lower, at 13,000 feet. Atmospheric oxygen concentration is consistent regardless of altitude, but low air pressure at Andean elevations makes oxygen feel 40% less concentrated than at sea level.
When tourists book guided hikes, they’re accompanied by locals who haul the food, tents, and gear up the trail for them. Lugging heavy packs over challenging terrain an average of 13,000 feet above sea level is an arduous job. Though the industry-average rate of about $72 per four-day trek lingers a little below the national living wage, porting is still one of the most reliable ways to make a living in remote mountain areas.

“[Ours] hasn’t always been a social change company,” says Miguel Ángel Góngora Meza, director and cofounder of Evolution Treks Peru. “But it became frustrating that nothing would change. That was why we started this project. We wanted to put forth a different side of tourism.”

“We” includes Amelia Huaraya Palomino, Evolution cofounder and general manager. The duo faced a threefold issue: They saw the sexism excluding women from lucrative porting work, but also the mistreatment of male porters by travel agencies, and the poverty of the remote mountain villages that lie along expedition routes. 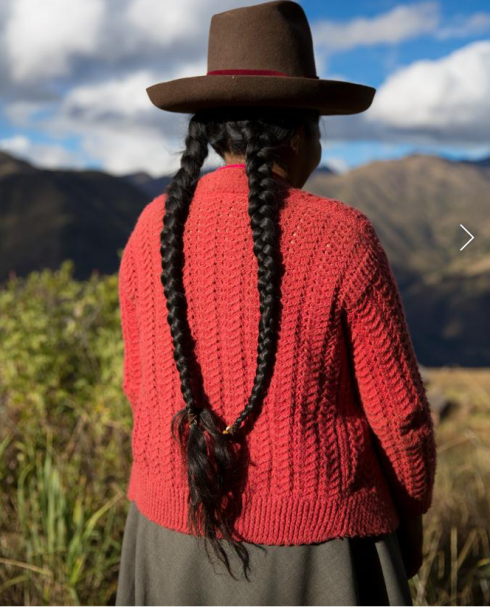